YOU ARE WATCHING: Natsume's Book Of Friends (dub)
Share this movie link to your friends. Share to support our website. We wish you have great time on our website and Enjoy Watching Guys!
Have a nice day! All The Best

Due to an unusual ability to see strange creatures called youkai, Takashi Natsume has never fit in. Passed around from one foster home to another, he was left isolated and lonely. Over time, he has accepted that no one would ever believe him and has closed himself off to his current caretakers and classmates.When Natsume accidentally breaks an intangible barrier, he frees Madara—a mighty spirit in the form of a lucky cat. Madara notices that Natsume bears a remarkable resemblance to his late grandmother Reiko Natsume, an outcast girl who became known across the youkai world for creating the Book of Friends. It is now in Natsume's possession, along with its power to call upon the written names of the youkai Reiko had defeated.With no interest in its powers, Natsume decides to keep the book for the sake of his grandmother's memories and to protect it from scheming youkai. Therefore, he makes a deal with Madara: he will hand him the book once his time is up, and in turn, Madara will act as Natsume's unofficial bodyguard, nicknamed Nyanko-sensei. With his newfound goal of freeing those Reiko had sealed, Natsume's relationship with both youkai and humans slowly begins to improve. 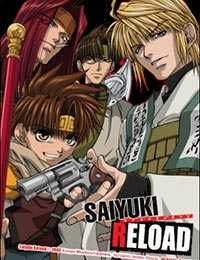